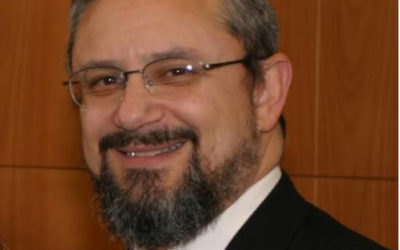 Rav Zev Shandalov served as the Rabbi of Congregation Kehilath Jacob Beth Samuel in Chicago, IL from 1999 until making Aliya in July 2009. His experience as being the rabbi of KJBS was unique in that he has grown up in his shul. His memories include, celebrating his Bar Mitvah and Aufruf in that very sanctuary. After making Aliya, Rabbi Shandalov worked in the tourism industry for a year and then returned to his primary love – teaching Torah. He currently teaches many private students, teaches in the local Yeshiva Tichonit and also teaches adult classes in his home.

Prior to becoming rabbi of KJBS in 1999, Rabbi Shandalov worked in private industry since 1981. He received semicha from the Hebrew Theological College in 1981 and his B.A. from Northeastern Illinois University in 1980. Rabbi Shandalov joined the RCA in 1999 and served on the Executive Committee. In addition, he currently he served as the president of the Chicago Rabbinical Council for three years. When asked what he is most proud of having achieved in his position as Rabbi he admits how much he truly loves working in the rabbinate: “Every day presents a new challenge and the goal is always to help others”. He is married to Andy (Shoichet) and has three daughters Daniella (24, married to Benny Rabin), Ayelet (22) and Eliana (19).