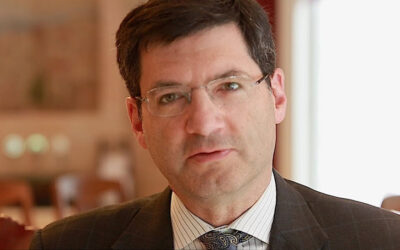 Rabbi Steven Weil is the Executive Vice President, the chief professional officer of the Orthodox Union. In that capacity, he will have day-to-day responsibility for running the largest Orthodox synagogue umbrella group in the world, overseeing its staff and programs, maintaining fiscal responsibility, and above all, projecting an image of leadership and vision throughout the Orthodox Jewish community worldwide.

Rabbi Weil takes over an organization that operates a dazzling variety of programs, including its network of synagogues; initiatives for youth (NCSY and the Jewish Student Union); for individuals with disabilities (Yachad for the developmentally disabled and Our Way for the deaf and hard of hearing); for the Jewish family (Positive Jewish Parenting and Positive Jewish Marriage); for its community members via its Department of Community Services; for Orthodox students on secular college campuses (the Heshe and Harriet Seif Jewish Learning Initiative on Campus); for the people of Israel through the Seymour J. Abrams OU Jerusalem World Center; and for input into federal, state and local government through its Washington-based Institute for Public Affairs.

Rabbi Steven Weil, 43, comes to the OU after eight resoundingly successfully years at Beth Jacob Congregation in Beverly Hills, CA, the largest Orthodox congregation outside of the New York metropolitan area. Prior to that, he served for six years as Rabbi of Young Israel of Oak Park, Michigan, in suburban Detroit. Both are Orthodox Union member congregations. A man of great personal charm, Rabbi Weil has gained a reputation as a gifted orator, weaving inspirational messages of contemporary relevance into his teaching of traditional texts.

Rabbi Marvin Hier, Dean and Founder of the Simon Wiesenthal Center in Los Angeles, commented, “This is a seminal moment in American Jewish life and Rabbi Steven Weil is the right person at the right time to head the Orthodox Union. He’s a talmid chacham who combines great knowledge and charisma and he will be a major new voice on the American scene.”

Raised on a cattle farm outside of Buffalo, NY, thereby growing up in a rural environment lacking the Jewish educational institutions necessary to live a fully observant lifestyle (the Weils were the only Jewish family within a 40-mile radius), young Steven migrated to New York City at age 14 to attend Ohr Torah High School; following a year in Israel, he proceeded to Yeshiva University and then to the Rabbi Isaac Elchanan Theological Seminary of YU, where he received semicha – rabbinical ordination. At the same time, he pursued an MBA in Finance at New York University, utilizing the New York City subway system to shuttle back and forth between the domain of the Book and the domain of the bank book.

“At NYU he demonstrated great talent in the financial and business world,” OU President Savitsky declared in the Summer 2009 issue of Jewish Action, the Orthodox Union’s quarterly magazine. “He had a calling, however, and gave up many of his business aspirations to enter the rabbinate.” At Oak Park, where he was hired after delivering a particularly outstanding sermon at his brother’s wedding, Rabbi Weil “was quickly labeled a rising star in the Jewish world,” wrote Mr. Savitsky. Then came Beverly Hills, where “he ignited the spark of Judaism throughout the community.”

Both congregations grew in striking fashion, as word went out that a charismatic young rabbi was turning the local synagogue into the place to be, with its clubs, educational programs, youth activities, and sermons that warmed the heart while educating the mind. All of this happened while the MBA rabbi was solidifying the shuls’ financial position, thereby providing an insight into what he is being called upon to accomplish at the Orthodox Union. Since arriving at the OU on April 1, Rabbi Weil has been traveling constantly, visiting OU congregations across the country. These trips have taken him to Boca Raton and Hollywood in Florida; Atlanta, Cleveland, Chicago, Seattle, Baltimore, Washington/Silver Spring, Dallas and Denver; plus sessions spent with OU colleagues in Lakewood NJ, learning from the leadership of the world’s largest Torah educational center, Beth Medrash Govoha. He has spent considerable time with the leaders of AIPAC, studying the organizational model from what many consider American Jewry’s best-run organization.

Today, as he officially begins his OU position, Rabbi Weil is in Israel, inspecting the OU’s many programs there with the organization’s lay and professional leadership.

Following his travels, Rabbi Weil has flown home to California to observe Shabbat with his wife, Yael, and their seven children. When in New York, a packed suitcase often adorns his office, as he prepares for his next journey on behalf of the Orthodox Union. He’ll be taking lots of them in the years ahead.