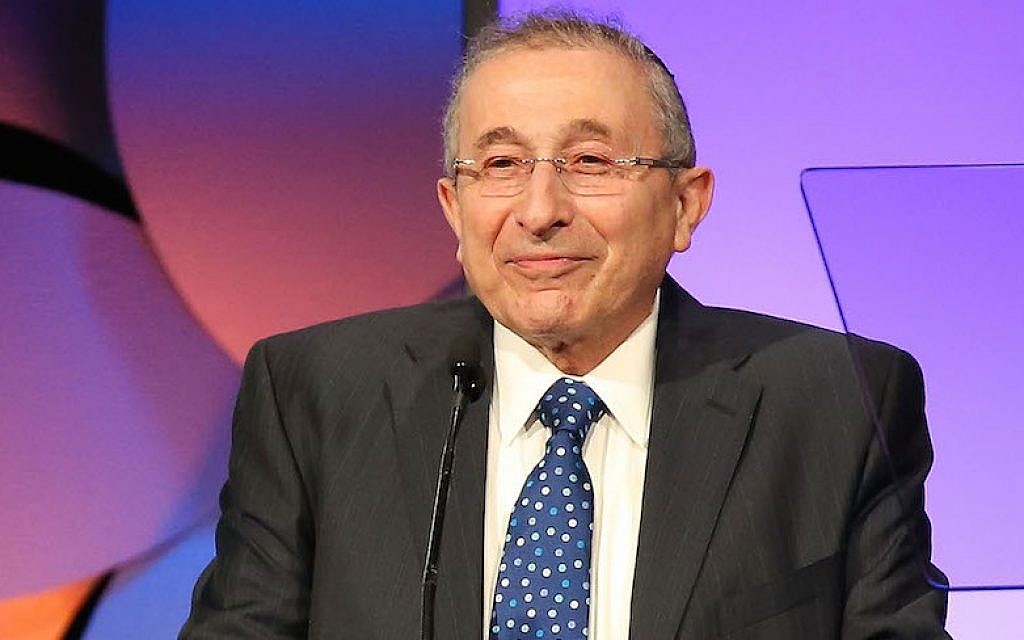 In 1977, Rabbi Hier came to Los Angeles to create the Simon Wiesenthal Center, named in honor of famed Nazi hunter, Simon Wiesenthal. Under his leadership, the Center has become one of the foremost Jewish human rights agencies in the world, with a constituency of more than 400,000 families, and offices throughout the United States, in Canada, Europe, Israel and Argentina. In 1993, an article in the Los Angeles Times noted that Rabbi Hier had made the Wiesenthal Center, “the most visible Jewish organization in the world” and, in 2007, an article in Newsweek named him the “number one most influential rabbi in America.”

The Center’s educational arm, The Museum of Tolerance, opened in February 1993 to worldwide acclaim. Founded to challenge visitors to confront bigotry and racism and to understand the Holocaust in both historic and contemporary contexts, the Museum hosts over a half million visitors a year, including 110,000 students. Because of the success of its diversity training programs, the New York Tolerance Center opened in Manhattan in February 2004. The Wiesenthal Center is also in the process of creating the Center for Human Dignity-Museum of Tolerance Jerusalem, a 400,000 square foot site located in the heart of the city, designed by renowned architect Frank O. Gehry.

Rabbi Hier is the founder of Moriah, the Center’s documentary film division, and has been the recipient of two Academy Awards.

Noted for his powerful oratory, his views on issues of the day are regularly sought by the international media and his editorials have appeared in newspapers across the United States. Rabbi Hier meets regularly with world leaders to discuss the Center’s agenda – a wide range of issues including worldwide antisemitism and hate, the resurgence of neo-Nazism and international terrorism, standing with Israel, defending the safety of Jews worldwide, and teaching the lessons of the Holocaust for future generations.

In 1992 and again in 2003, Rabbi Hier keynoted historic conferences on antisemitism and the struggle for tolerance which were co-sponsored by UNESCO (United Nations Educational, Scientific and Cultural Organization) and the Wiesenthal Center, both convened at UNESCO’s international headquarters in Paris. In 2005, Rabbi Hier led a delegation to the Vatican to participate in a private audience with Pope Benedict XVI to urge him to lead a “Coalition of Good” to combat Iranian threats, suicide bombers and international terrorism. “The greatest threat to mankind comes not from secularists and atheists, but from religious fanatics and zealots,” he said. In 2003, he met with Pope John Paul II. At the private audience, he spoke about the worldwide threat of antisemitism and terrorism and the Center’s campaign to make suicide bombing a crime against humanity. After the fall of the Berlin Wall in 1989, his dialogue with German Chancellor Helmut Kohl led to a critical debate on German reunification and the need for “deutsche memory.”

As founder of Moriah Films, Rabbi Hier has been the recipient of two Academy Awards – in 1997 as co-producer of The Long Way Home and in 1981, as co-producer and co-writer for Genocide. He has also written and co-produced the award-winning Echoes That Remain, Liberation, In Search of Peace, Unlikely Heroes, Beautiful Music, and Ever Again. Moriah’s latest production, I Have Never Forgotten You: The Life and Legacy of Simon Wiesenthal, is a riveting documentary on Mr. Wiesenthal, narrated by Academy Award-winning actress Nicole Kidman. The film premiered in Jerusalem, was an official selection at the Berlin Film Festival, and screened at the Tribeca Film Festival, the LA Film Festival, the Seattle Film Festival, and at the Viennale (Vienna Film Festival). I Have Never Forgotten You was the recipient of the 2007 Cinevegas Film Festival Audience Award for Documentary Feature.

Under his direction, the Center has served as consultant to Steven Spielberg’s epic Schindler’s List and ABC Television’s miniseries adaptation of Herman Wouk’s novel, War and Remembrance, among others. Rabbi Hier is a member of the Academy of Motion Picture Arts and Sciences.

He is the recipient of an honorary degree and many awards – among them, a Doctorate from Yeshiva University (2004) and France’s Chevalier dans l’Ordre National du Merite (1993).