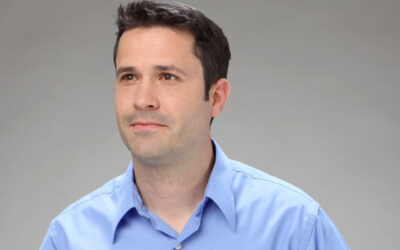 His engaging style of speaking has earned him accolades and has enhanced holiday programs in past years. Jeremy Gimpel is one of the most successful and effective advocates for Israel in this generation. Even in hostile international environments, his leadership and diplomatic skills have proven success and are changing Israel’s image around the world.” Chairman of the Israeli Knesset, MK Yuli Edelstein

“Film maker, Jeremy Gimpel, dominated YouTube this week with his film on the Iranian threat. In just four days it racked up over 1.4 million views.” – FOX NEWS

Jeremy Gimpel is one of Israel’s premier media personalities and described by Israel National News as a “rising star in the Jewish world”. At the age of 24, he created and hosted the first International Jewish TV show broadcast out of Israel, “Tuesday Night Live in Jerusalem”.

After packing over 600 audience members per show for 5 seasons, he began creating short movies and became one of the largest video content providers from Israel internationally. Within less than a year Gimpel’s videos had over 12,000,000 views on YouTube. The chairman of the Israeli Knesset, MK Yuli Edelstein, has called Rabbi Gimpel “one of the most successful and effective advocates for Israel in this generation”. He’s been featured on Fox News, CNN, BBC and Al Jazeera to voice his opinion on Israel and the Middle East.

After running for the Knesset in the 2013 elections in the Jewish Home Party and executing what the media described as “the most sophisticated English campaign in Israel’s history”, Jeremy is now the Deputy Director of the Mizrachi World Religious Zionist Movement.