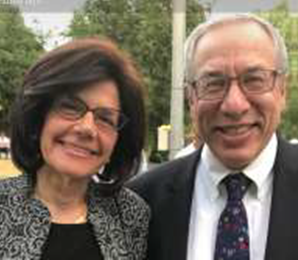 Heshie Billet of Woodmere, NY was appointed to the Commission in April 2018 at the recommendation of President Pro Tempore of the U.S. Senate. Since 1980, he has been the Rabbi of the Young Israel of Woodmere, one of the largest Orthodox Jewish synagogues in the United States. Previously, he served as President of the Rabbinical Council of America and on the board of the Union of Orthodox Jewish Congregations of America. Over the course of his career, Rabbi Billet has traveled extensively to Europe, Oceania, South America, and the Middle East to represent Jewish interests and to teach Jewish history. Born in 1949, Heshie Billet earned his bachelor’s degree (1971) and master’s degree (1980) from Yeshiva University. Heshie was ordained as a Rabbi in 1975 from the Rabbi Isaac Elchonon Seminary of Yeshiva University in 1975. He is married to Renee, better known as Rookie, a respected educator in the modern Orthodox Jewish community.