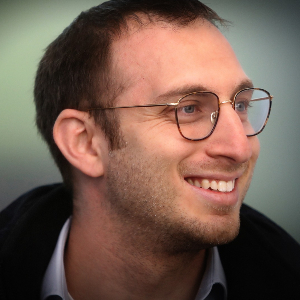 Rabbi Benji Levy is the CEO of Mosaic United, a $200m joint venture partnership between Israel and the Diaspora to strengthen Jewish identity and connections to Israel for youth around the world. Previously he served for 6 years as the Dean of Moriah College in Sydney Australia, one of the largest Jewish schools in the world with over 1,800 pre-kindergarten through high school students where he created a renaissance in Jewish Life and Learning and was instrumental in growing the teen-Israel program. Levy was recently awarded the ‘Educator of the Year Award’ by JNF Australia for his leadership and service and founded several successful educational programs. In January of 2019 he was named by Mekor Rishon as one of the top 3 global change-makers working behind the scenes for Diaspora Jewry. He holds a BA in Media and Communications and Honors in Jewish Civilization Thought & Culture from the University of Sydney (USYD), an Education degree from Herzog College in Israel, and is an ordained rabbi. He is currently completing his PhD in Jewish philosophy for which he received the Australian Postgraduate Award. Levy is married with three children.