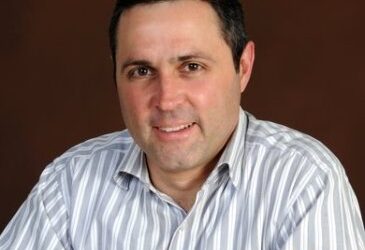 Hugh was born and raised in Johannesburg and attended Houghton Primary School and King David High School Linksfield. Hugh obtained a Bachelor of Arts with majors in English Literature and Law, at the University of the Witwatersrand, followed by a Bachelor of Laws. Hugh served for two years in the South African Air Force as Law Officer at Air Force Head Quarters in Pretoria. Hugh was awarded the Gold Certificate of Merit by the Officer Commanding Air Force Headquarters for outstanding services rendered as a National Serviceman. He attained the rank of Full Lieutenant.  Hugh has been a practicing Attorney since 1986. He has a general practice with particular expertise in commercial law, family law and litigation.

Hugh also conducts corporate training on various topics including training in the legal procedures in the High Court and Magistrates Court, landlord / tenant law and commission claims for property brokers in which area he was successful in a ground breaking judgment in the Supreme Court of Appeals. Hugh is a former Gauteng Chairman of the IUA-UCF, former Chairman of Keter Torah Congregation Sydenham Johannesburg, and a current Trustee of the Rambam Charitable Trust which has offices in Johannesburg and Cape Town. Hugh conducted the Shtiebel Congregation at the Pine Street Shull and Sunny Road Shull on the High Holy Days for a number of years and presently teaches Jewish Law, philosophy and ethics at Ohr Sameach Glenhazel on a weekly basis.  Hugh has become well known for his published articles and very popular audio visual presentations on Jewish communities across the globe. Hugh is married to Michelle and they have 5 children.

Hugh has given over 130 presentations across South Africa, and internationally, on the Jews of: Lithuania, Spain, Rhodos,, Portugal, Italy, Russia, Argentina, Japan and China.

Hugh has been interviewed on radio and television in South Africa on various legal topics, and recently presented a series on various  Jewish communities around the World on SABC 2’s Jewish magazine Programme “Simcha”.