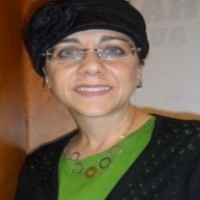 Dr. Yael Ziegler is a lecturer in Tanakh at Herzog College and Matan. She received her BA from Stern College and an MA and Ph.D. at Bar Ilan University. Dr. Ziegler has lectured widely on various Tanakh topics in Israel, the United States and Europe. She lives in Alon Shvut, Israel, with her husband and their five children. Dr. Ziegler is the author of Promises to Keep: The Oath in Biblical Narrative, and her book on* Megillat Ruth*will be published later this year.