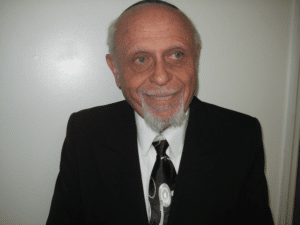 Soloveitchik, ZT”L, Rabbi Ziegler lectures extensively and has published five volumes on the Halakhot of the Rav. He has served as scholar-in-residence throughout the USA at many hotels. Rabbi Ziegler received his master’s degree in religious education from YU and is a member of the RCA, and the Rabbinical Alliance of America. He is the Rabbi emeritus of Congregation Agudath Achim of Brooklyn, New York, where he had served for 36 years. Aharon and his wife Libby made Aliyah in May 2009, and live in Jerusalem. He is Rosh Kollel of Yeshiva O’Raita, a Smicha program of the Israelite Institute in the Old City.