The history of the Jews in Cuba is related to the history of the island itself, and its discovery on October 27, 1492 by Christopher Columbus. The Spaniards Luis de Torres, Juan de Cabrera, and Rodrigo de Triana, were all Marranos (Jews who were forced to convert to Catholicism) who were believed to have traveled with Columbus and were among the first Europeans to walk that territory. Along with the first Spaniards who arrived on the island, it is believed that Jews fleeing the Inquisition in Spain came to Cuba around this time.

In the 16th and 17th centuries, Jews immigrated to Cuba from Brazil due to persecution under Portuguese rule. These new Jewish immigrants became established in trade, and many of them eventually assimilated into Cuban society.

A permanent Jewish community in Cuba was established in 1898, following the Spanish-American War. The United States had gained temporary control of the island, and as a result, a number of American Ashkenazi Jews settled in the country. They largely worked for US-owned plantations and businesses and established the first synagogue in Cuba.

The early 20th century saw an influx of Jewish immigration as a large number of Sephardic Jews began to settle in the country and establish their own community in the years preceding World War I. Around 1920, many Jews from eastern Europe also arrived in Cuba. Though the majority of these immigrants only intended to use the island as a stopover on the way to the United States, the US’s strict immigration policy during this period resulted in many Jews staying on the island.

While some of these Jewish immigrants did quite well, particularly in the Cuban garment industry, others had trouble finding stable work. The desperate economic situation of some these new immigrants saw the American Jewish Joint Distribution Committee (JDC) provide support to immigrants to alleviate the situation in 1922. Outreach for Jewish immigrants also saw the Israelite Center of Cuba, a local organization, transform its central structure into a varied group of activities in 1925. In addition to helping immigrants, it included a library, a night school, a primary school and a theater group. In 1926, the Hebrew Feminine Association of Cuba was also created, where women were helped by providing work, money and where there was a children’s circle. On the other hand, since 1929 the Zionists maintained the Zionist Union of Cuba, an important force during the 20s and 30s.

The Cuban Jewish community was relatively stable in the post-war years, until the 1959 Revolution, which saw the establishment of a Castro-led socialist state. Almost all of Cuba’s Jews fled the country following Fidel Castro’s assumption of power. Though Jews were not specifically targeted, they, along with other members of Cuba’s middle class, suffered economically. In the first years after the revolution of 1959, the Jewish community in Cuba had decreased 20 times its previous amount. The majority of those who remained lived in Havana.

Post-revolution Cuba saw Jews, along with other religious groups having restricted access to jobs and universities. However, Jews were still able to practice their religion and Cuba’s criminal code protected them against national, religious, and racial hate.

Very few people attended   synagogue, and as a result, many synagogues were closed or abandoned. In 1973, Cuba severed diplomatic relations with Israel.  Throughout the 1980s Jewish life was largely invisible. In the early 1990s, Fidel Castro secretly allowed more than 400 Jews to emigrate to Israel in what is code-named “Operation Cigar.”

The collapse of the Soviet Union and economic difficulties caused by the US embargo, saw Cuba adopt some more liberal policies in 1991, including allowing members of the Communist party to participate in religious endeavors. This was the beginning of a revival of Jewish life in Cuba.

Today, the Cuban Jewish community has gradually followed a trend of growth and rejuvenation and is recognized as a religious minority in Cuba. Though the general economic disparity in Cuba affects Jews in the country, the thawing of relations between Cuba and the US has allowed Cuban Jews with family in America to receive some aid.

Chateau Blanc is certified member property of the exclusive Hamsa ® travel brand. We are a private, family owned kosher compliant bed and breakfast facility in Cuba focused on travelers looking for upscale accommodations at an affordable price. Complete with brand new modern rooms, premium food and beverage services and a friendly and knowledgeable staff, we are committed to making your stay a most enjoyable experience.

Founded in 2018, by a Cuban American, our owner-operators have traveled to Cuba on many occasions and spend much of the year residing in Havana. Over the years, they have managed the travel and accommodations for many groups of various sizes to the island, allowing them to develop a comprehensive understanding of the history, culture, and people of Cuba.

Join us for an adventure of a lifetime. 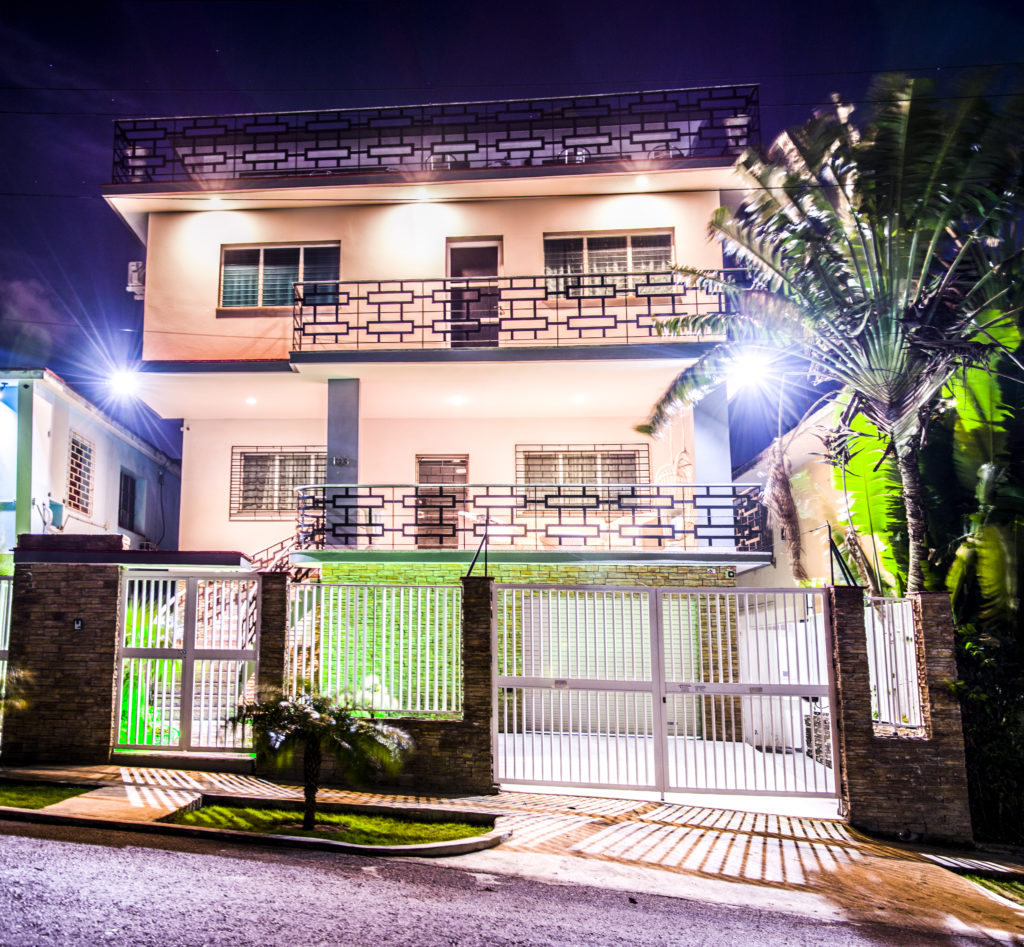 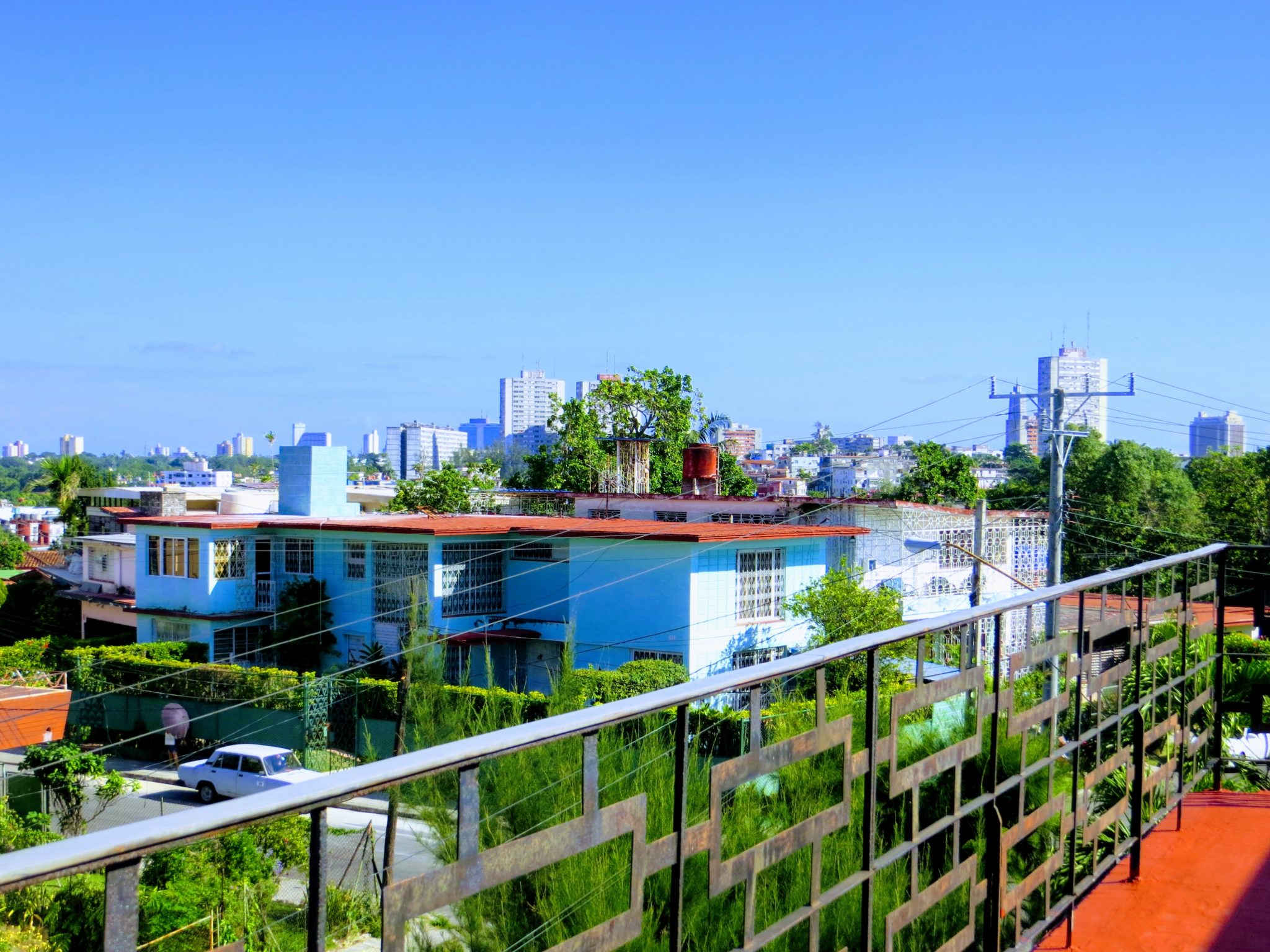 Chateau Blanc is located in the chic Nuevo Vedado neighborhood, one of the most sought after locations in Havana. Vedado is Spanish for “forbidden”, and reflects the exclusivity of the area. The neighborhood is part of the Plaza de la Revolución municipality, originally settled during the 1930s, when the Havana aristocrats developed a new area of the city.  As the neighborhood gradually became crowded during the 1950s, a new, more exclusive location formed, known as Nuevo Vedado (“New Vedado”). Today, Nuevo Vedado is once again a quaint, laid back residential area with a diverse population of artists, celebrities, and expatriates, and home to several embassies and consulates. The area, which borders the Almendares River and the Forest of Havana, is a haven for nature lovers with beautiful flora and fauna and paths for hiking. The neighborhood is quiet and sublime, but only minutes away from the hustle and bustle of downtown Havana.

DEPOSIT; $500 PER PERSON AT TIME OF BOOKING

The ultimate in luxury, the Executive Master suite has a king and a queen-sized bed, a private living room area with sofa bed, TV, walk in closet and private balcony.
Sleeps up to 4 guests.

Our Junior Suite has a large stylish bedroom with two queen sized beds. Sleeps up to 3 guests.

Our standard rooms have one queen and one full bed.
Sleeps up to 3 guests.

Cozy room with two twin beds. Sleeps up to 2 guests.

Additional drinks may be purchased at Posh Bar

Chateau Blanc provides for a fee

Exclusive to Chateau Blanc, we are the only kosher compliant facility in Havana. We are pleased to provide a variety of fish, vegetable and dairy meal options, with meat options (lamb and chicken) coming soon. Our kitchens are outfitted with separate refrigeration, sinks, ovens, dishware and tableware to ensure the highest standards of hygiene and food preparation. Our chefs are well acquainted with the strict dietary laws of kashrut allowing us to create a most memorable Cuban dining experience under strict kosher preparation. HASHGACHA UNDER SUPERVISION OF RABBI BEREL SIMPSER bsimpser@gmail.com
UNDER Kashrus Supervising agency www.ikmehadrin.com
x
x
Message Us on WhatsApp