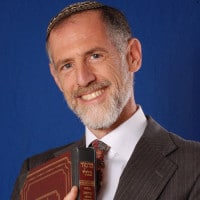 Dr. Natan Ophir grew up in Philadelphia and studied at the Talmudical Yeshiva of Philadelphia. In 1974 he graduated Yeshiva University and then moved to Jerusalem where he studied for seven years at Yeshivat Mercaz Harav Kook. He received Semicha from the Chief Rabbinate of Israel and then completed an MA and PhD in Jewish Philosophy at Hebrew University where he served as the University Rabbi for 16 years from 1982-1998.