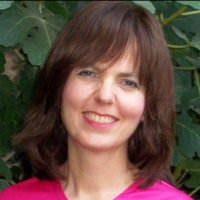 She was the Chief Psychologist at Lenox Hill Hospital in New York City from l982-89. During that time, she was a clinical assistant professor at New York Medical College and St. John’s University, and a clinical associate professor at Long Island University. She had a private psychotherapy practice in New York City with individuals and couples from l982-2002, and in Jerusalem from the time of her Aliya in 2002 to the present.

Since 1988, Dr. Aiken has given lectures to diverse Jewish audiences in more than 200 cities on five continents. She is also a licensed Israeli tour guide and listed in 13 Who’s Who books, and has appeared on television and radio. She has authored/co-authored 11 books, including To Be A Jewish Woman, Guide for the Romantically Perplexed, The Art of Jewish Prayer, Why Me, God? A Jewish Guide to Coping with Challenges, The Baal Teshuva Survival Guide and The Family Guide to Touring Israel. Her books have been translated into four languages.