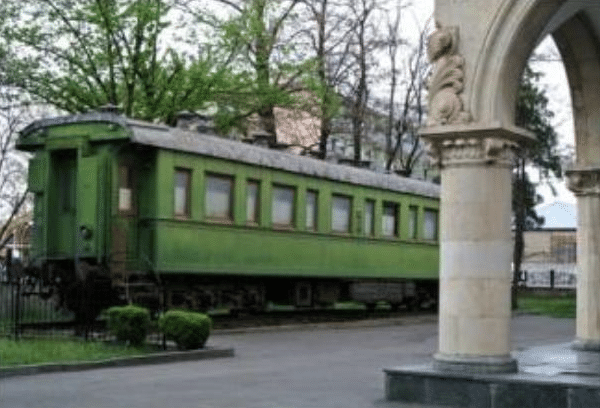 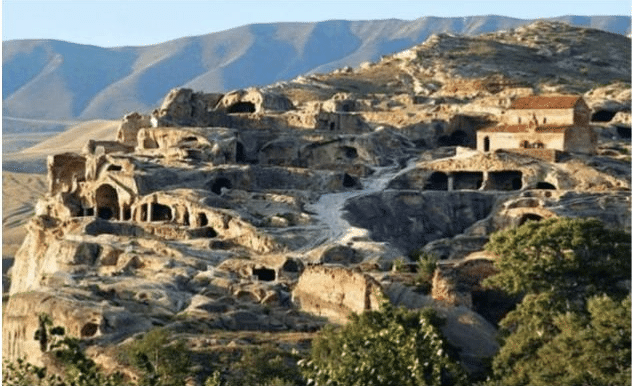 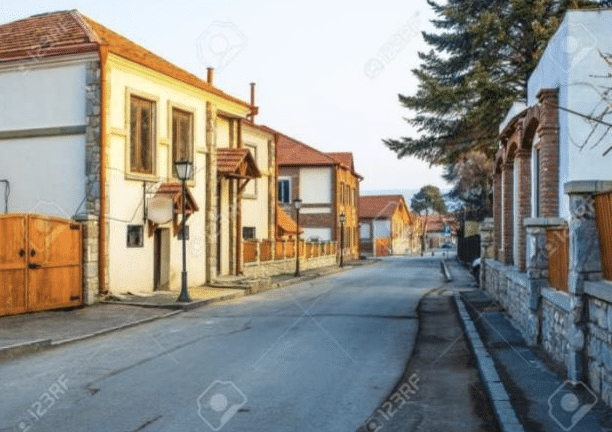 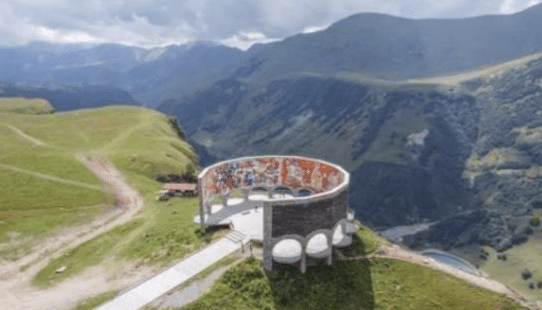 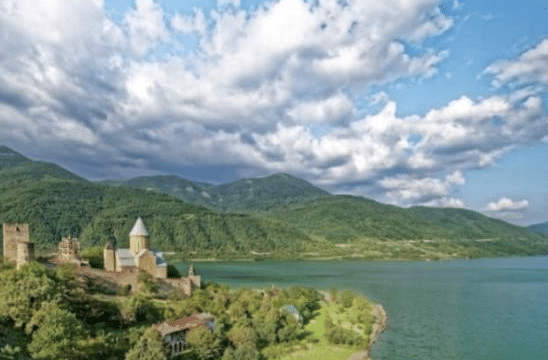 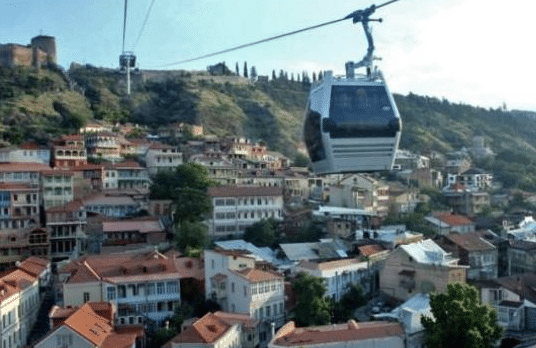 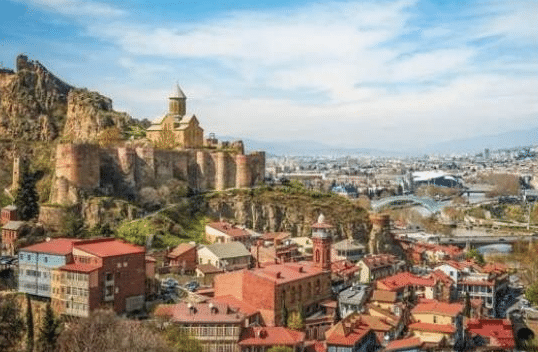 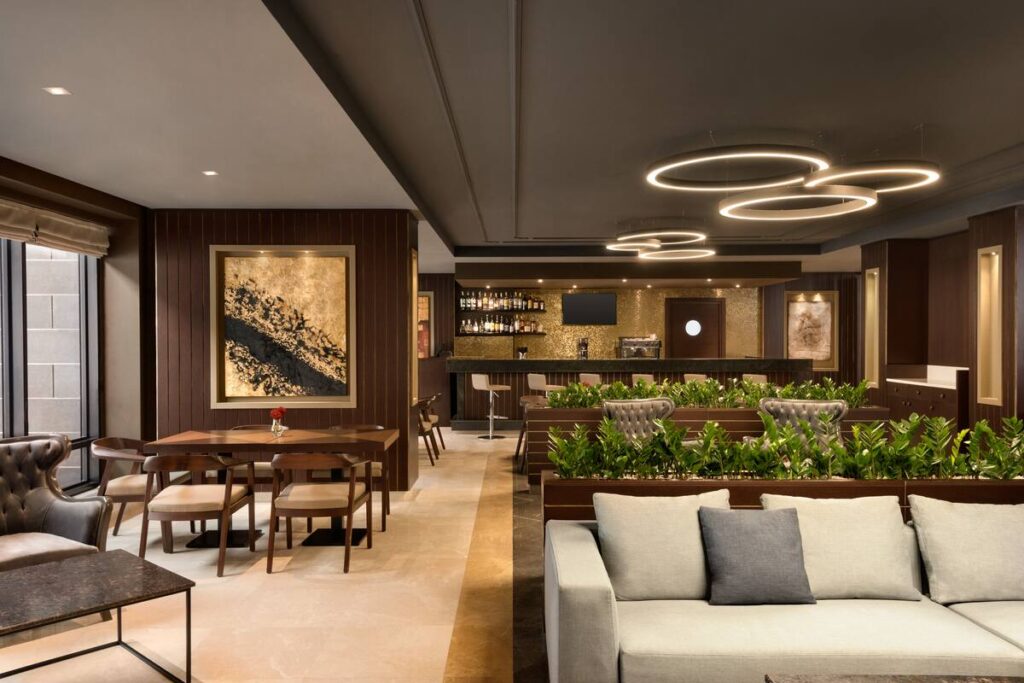 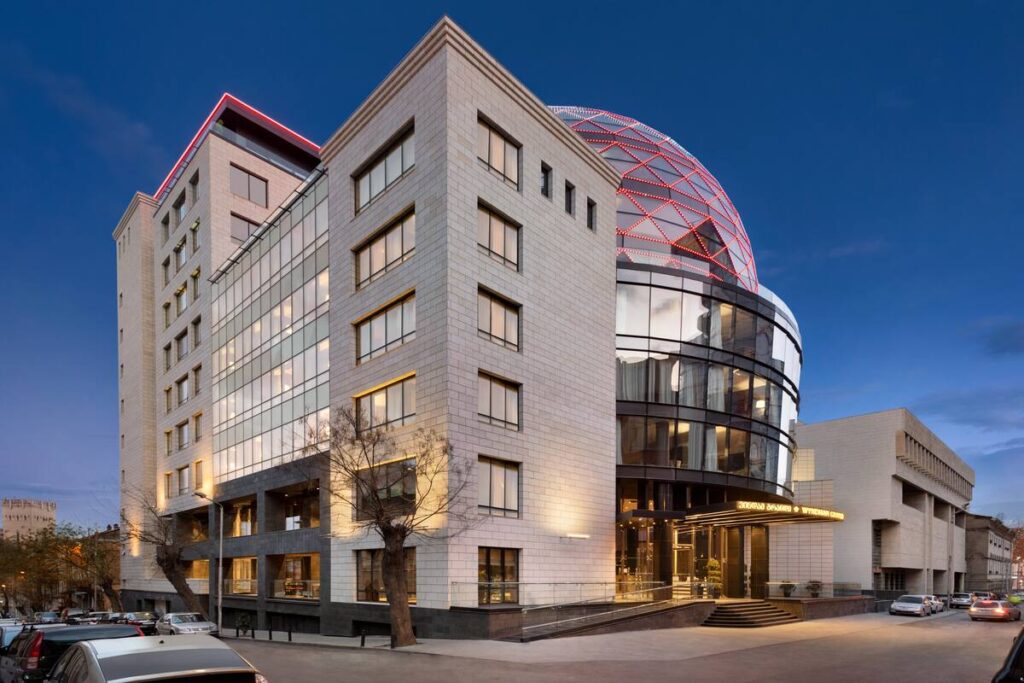 Join us for a charming winter tour in Tbilisi, Georgia's capital. Its quaint cobblestone roads and diverse architecture will charm you, while its panoramic views will take your breath away. Few cities are as gleefully chaotic as Tbilisi, the capital of the Black Sea nation of Georgia. Originally a Silk Road capital, this sprawling city of 1.1 million is as eclectic as it is dynamic. The traditional pastel houses and wooden balconies flow seamlessly into Art Nouveau neighborhoods such as Sololaki. Explore the many museums and theaters housed in impressive neoclassical architecture, and revel in the relaxed and hospitable Georgian atmosphere. The city’s architectural eclecticism and wealth of cultural offerings make it well worth a visit.

Depart TLV on El Al flight to Tbilisi. After transfer and check-in to our hotel, we will enjoy a light lunch followed by a chance to rest and freshen up. We complete the evening after dinner with a Meet & Greet so we can get to know one another.

Tbilisi is a city of contrasts: hospitable and full of joy, a meeting place for Eastern and Western civilizations. Discover every corner of this wonderful city with us.

The tour begins in the old part of Tbilisi, we will discover the city by walking and visiting the following places: - Tbilisi sulfur baths area - Bridge of Love - Waterfall - Meidan & Gorgasali Monument. Tbilisi Narikala Fortress, which will be reached by cable car. We will continue to Mother of Georgia - Rike Park - Bridge of Peace - Shardeni Street.

Our tour ends by discovering the last sites of this unique city from our bus; Freedom Square, Rustaveli Avenue and Hero Square.

Today we are going to enjoy a Jeep Tour; en route, we will drive by bus to Kazbegi town center with some brief stops on the way. Our first stop will be the Ananuri Castle and Jinvali Reservoir. Ananuri is a perfect place for landscape photography, and there are stunning views of the fortress and the Reservoir. The fortress remained in use until the beginning of the 19th century. In 2007, the complex was on the tentative list for inclusion into the UNESCO World Heritage Site program.

The next stop will be the Friendship Monument of the Georgian and Russian people surrounded by wonderful views. This Friendship Monument was built in 1983 to celebrate the bicentennial of the Treaty of Georgievsk and the ongoing friendship between Soviet Georgia and Soviet Russia. Located on the Georgian Military Highway, this monument is a large round stone arch and concrete structure overlooking the Devil's Valley in the Caucasus Mountains. Finally, after arriving at Kazbegi, we will alight the jeeps and drive to the location of Gergeti Trinity Church. The church's location is the right bank of the Chkheri River under the Kazbegi Mountain, 2170 meters above sea level. You will be impressed with the stunning view of Mount Kazbegi, which is 5047 meters above sea level.

Today we will drive to Mtskheta town- one of the oldest cities of Georgia and its former capital, which is located to the north of Tbilisi. On our way, we will stop at Jvari Monastery, which stands on the rocky mountain, on the top of the confluence of the Mtkvari and the Aragvi rivers, overlooking the town Mtskheta, where the first settlement of Georgian Jews took place.

In the morning we will depart to Gori to visit Joseph Stalin Museum. The Museum consists of three blocks - museum, house, and railway carriage of Stalin. The Joseph Stalin Museum is dedicated to the life of Joseph Stalin, the leader of the Soviet Union, who was born in Gori. The Museum retains its Soviet-era characteristics. After visiting Stalin’s museum, we will continue driving to Uplistsikhe Cave, which is an antique rock-hewn town in eastern Georgia. It was built on a left bank of the Mtkvari River, contains multiple structures dating from the Early Iron Age to the Late Middle Ages, and is notable for the unique mixture of various rock-cut cultures from Anatolia and Iran coexistence of pagan and Christian architecture.

Day 6: Friday-a  Free day for Shopping and Preparation for Shabbat

Free time today on your own to visit the shopping malls and local markets. Tbilisi offers malls in the city with very attractive prices for all shopping. Enjoy a relaxing day at the hotel Spa, Pool, Sauna, Massage treatments, or a walk or bike ride around the city.

After Tefillot, meals and rest, in the late evening, we will visit the local Synagogue and engage with the Jewish community in Tbilisi. After Maariv & Havdala we will enjoy a Melave Malka Dinner

Georgian Jews (Georgian: ქართველი ებრაელები, romanized: kartveli ebraelebi) are a community of Jews who migrated to Georgia during the Babylonian captivity in the 6th century BCE It is one of the oldest communities in that land. Prior to Georgia's annexation by the Russian Empire in 1801, the 2,600-year history of the Georgian Jews was marked by an almost total absence of antisemitism and visible assimilation in the Georgian language and culture. The Georgian Jews were considered ethnically and culturally distinct from neighboring Mountain Jews. They were also traditionally a highly separate group from the Ashkenazi Jews in Georgia, who arrived following the Russian annexation of Georgia. As a result of a major emigration wave in the 1990s, the vast majority of Georgian Jews now live in Israel, with the world's largest community living in the city of Ashdod.

Check out of rooms, Breakfast, and Airport Transfer to Tblisi Airport for El Al flight home to TLV

Glatt Mehadrin and Chalav Yisrael, Kashrut under Rabbi Nachshoni supervised by Rabbi Yisrael Weiss and an on-site team of Mashgichim throughout your stay.

The common denominator of our clients is Shomer Shabbat and kashrut. There are no religious level criteria to join our tours, cruises, or hotel programs and we won't ask you any questions about your religious observance. We attract a diverse group of Jewish, English-speaking guests from across the globe, and encourage an accepting atmosphere among our group members.

Join us for Chanuka in Tibilisi, Georgia

ADVENTURE FOR ALL AGES 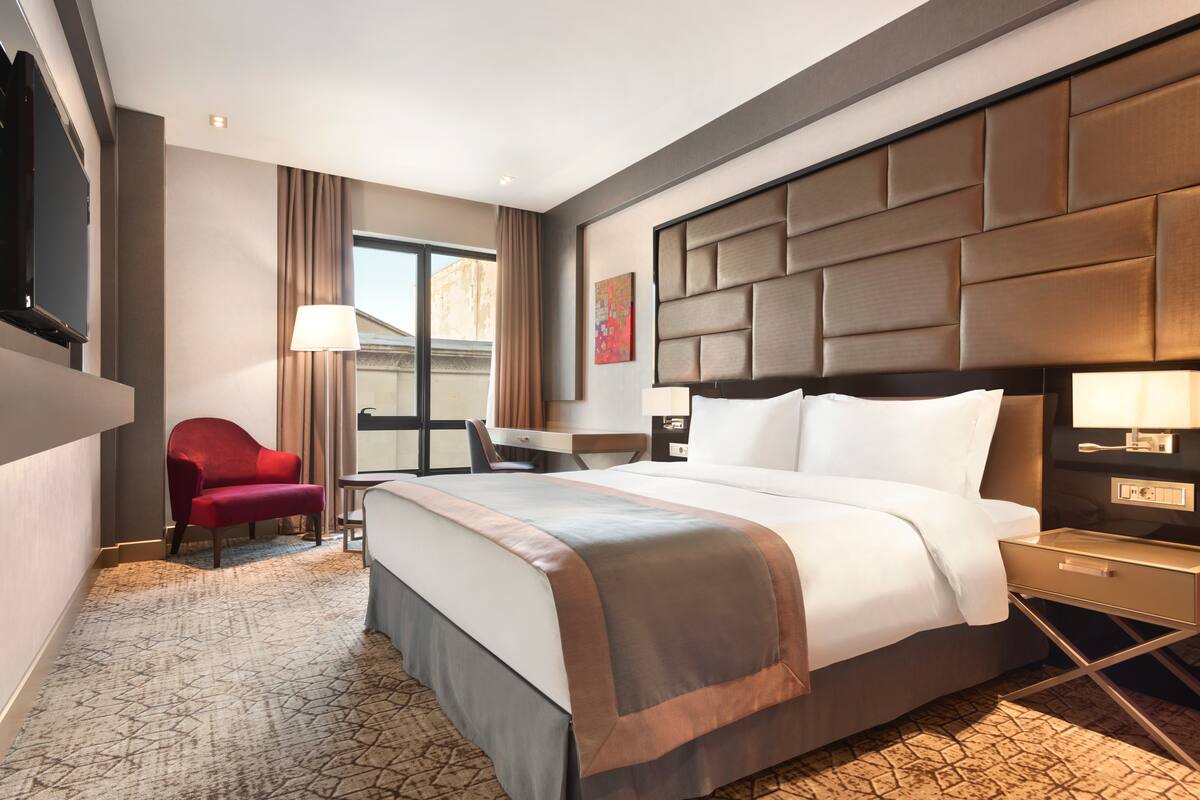 There is a $500 per person deposit required to confirm your reservation. If the tour is canceled because a minimum number of participants was not reached, you will receive a FULL refund. Please see our full terms & conditions page for more details.

Copyright © 2021 Kosher Travelers | All Rights Reserved
We use cookies on our website to give you the most relevant experience by remembering your preferences and repeat visits. By clicking “Accept”, you consent to the use of ALL the cookies.
Cookie settingsACCEPT
Manage consent