Step back in time to what was once the center of Jewish life in Europe, Latvia & Lithuania. Take a deep dive into the most important sites of Ashkenazi Jewish heritage, and get a glimpse into the modern-day reality of these classic cities.
Location:
Dates:
26-31 October 2022
Price:
$2900 per person
Reservation Enquiry
Contact us 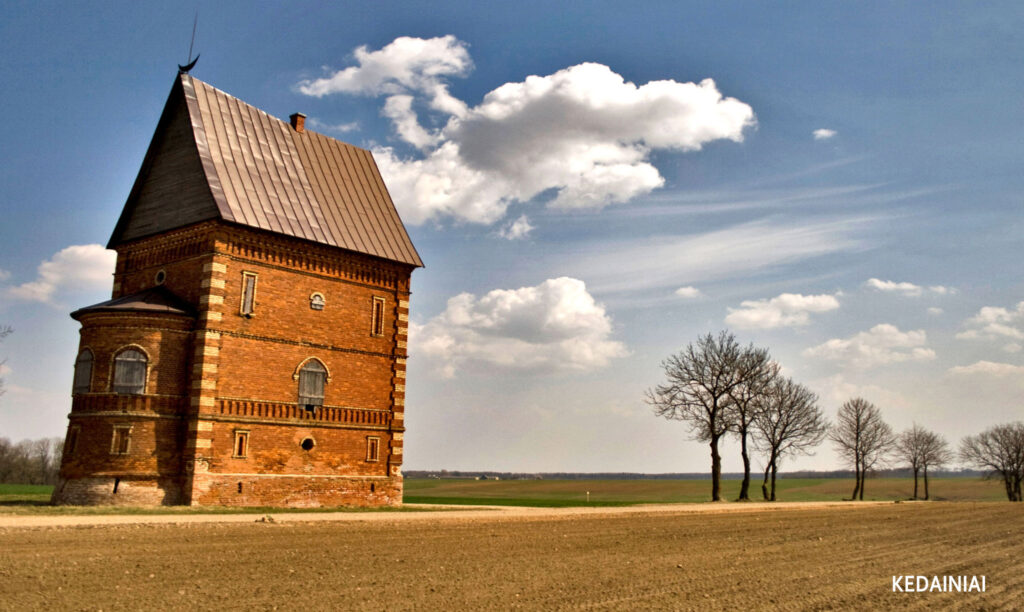 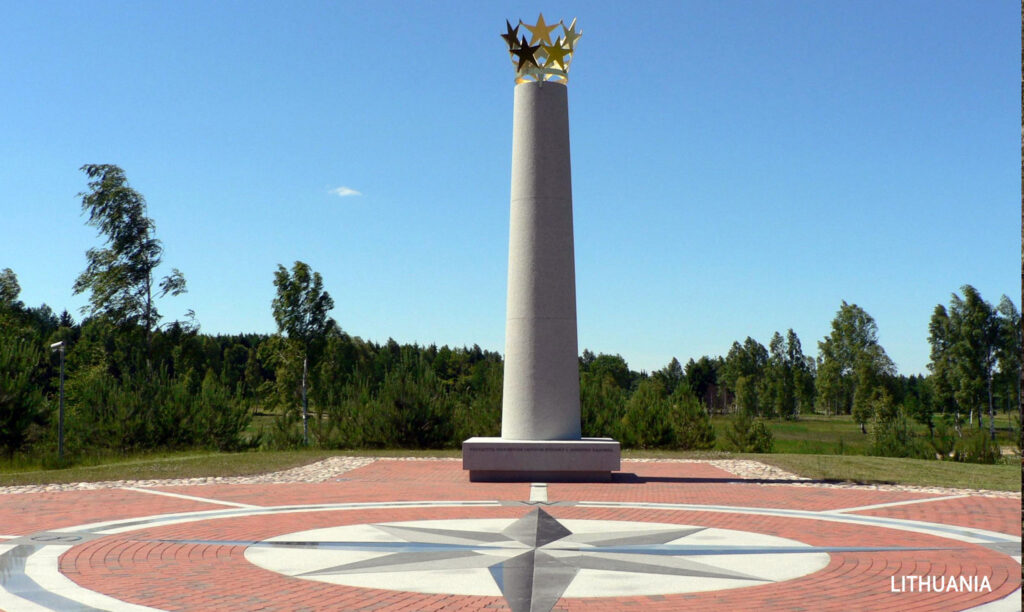 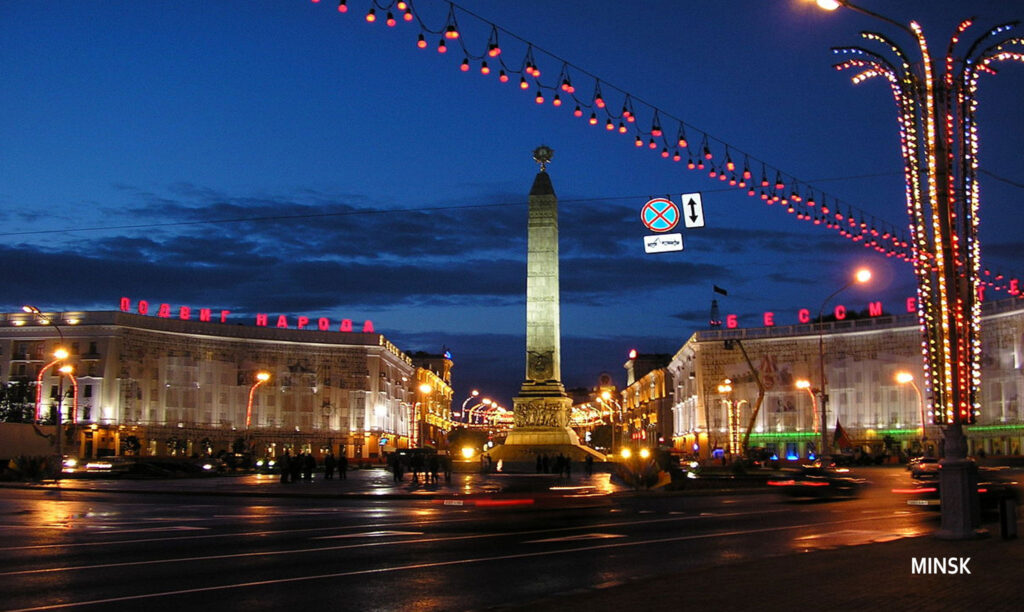 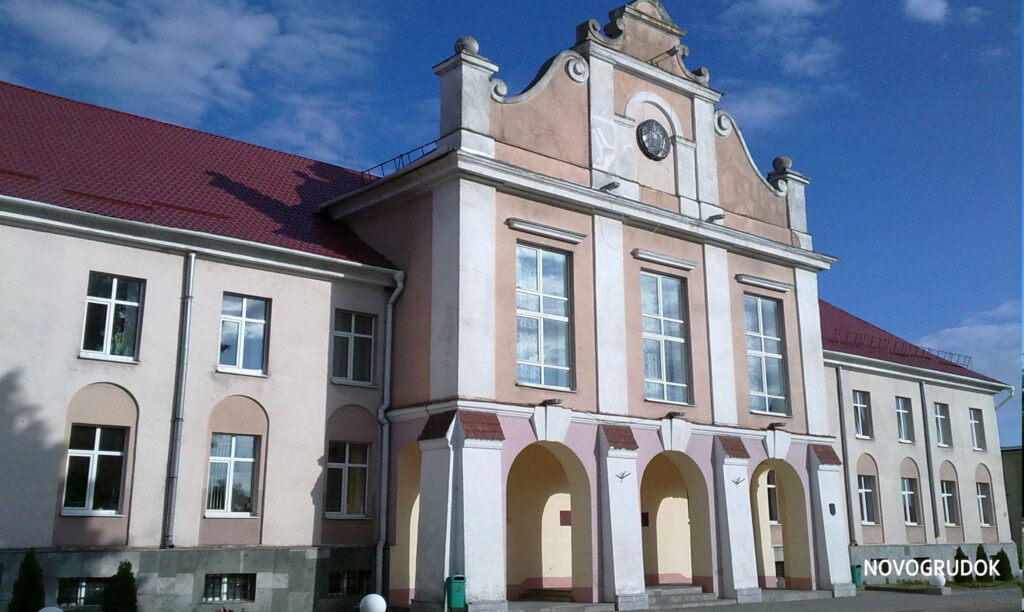 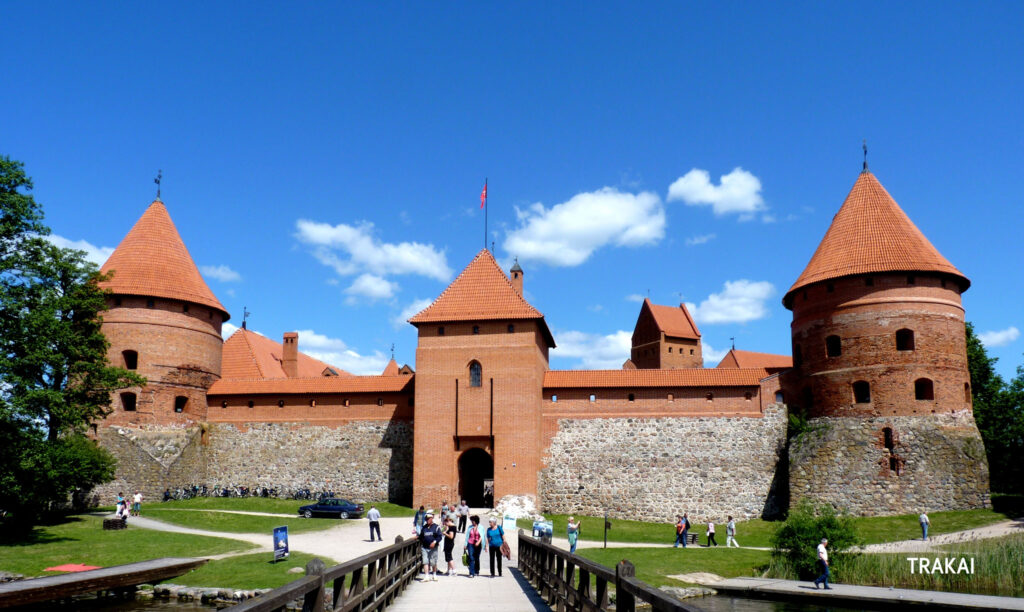 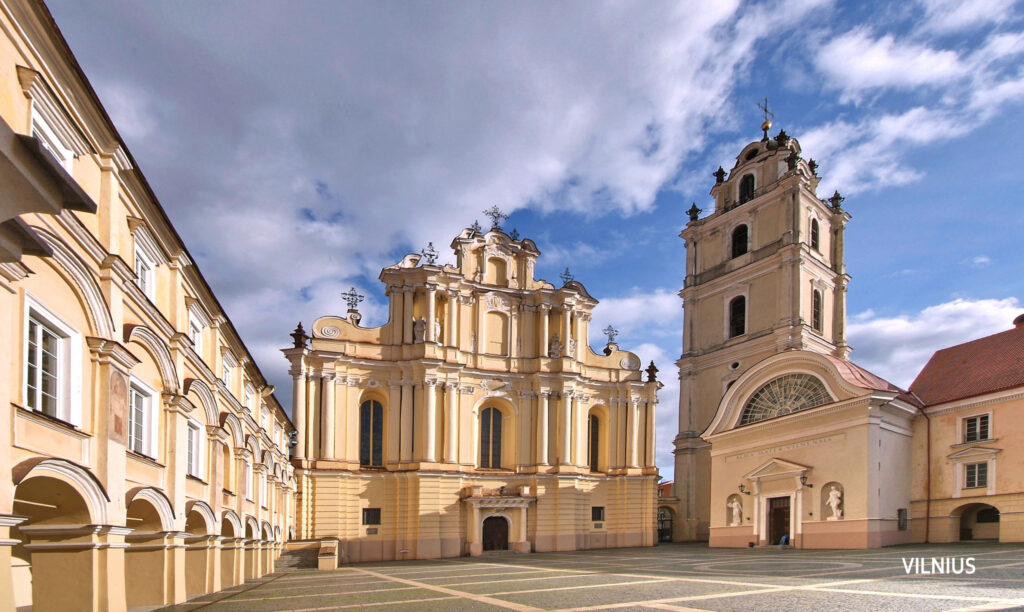 Step back in time to what was once the center of Jewish life in Europe - the Pale of the Settlement towns now in modern-day Latvia, Lithuania, and Belarus. You’ll take a deep dive into the most important sites of Ashkenazi Jewish heritage including the Great Synagogue of Vilnius and the Chafetz Chaim-founded Yeshiva of Radin. and you’ll be able to brush up on your Yiddish at the Vilnius Yiddish Institute. Tours of Riga & Vilnius will reward you with a glimpse into the modern-day reality of these classic Eastern European cities, where Jewish life still thrives. Enjoy the region’s richest collection of Jewish heritage sites during this once-in-a-lifetime trip.

Upon arrival at Riga airport we head to Hotel for light lunch and luggage check in. We start our tour of Jewish Riga including the Jewish quarter, a memorial for the burnt Great Synagogue of Riga, the Jewish school founded in the XIX. by Rav Dr. Max Lilienthal, the Synagogue, the museum “Jews in Latvia”, the Jewish community centre, the sites of Shimon Dubnov in Riga. Visit the Rumbula and Bikierniki Memorials, where Nazis murdered many thousands of Jews from Latvia, Germany and Czechoslovakia. In the late afternoon a tour of the Old Town, including the Castle of Riga, the Dome Cathedral, the Swedish gate and the former Swedish barracks, the Great and Small Guilds, Cat’s house, the “Three Brothers”, the House of the “Blackheads”

We start the day with a visit Riga’s only remaining Synagogue, which today serves as the central meeting place for the Jews of Latvia. Drive to Bauska (Boisk), the place where Rav Kook comes from. After the visit we will Depart to Panevezys (Ponevezh), see the building of the former world famous Ponevezh Yeshiva, Synagogue, the Jewish ghetto. Then we depart to Kaunas (Kovna), the second large city, an interim
capital of pre-war Lithuania. After dinner we will walk along the main street, Laisves aleja, boulevard, with its 2-3 story buildings, restaurants, shops, as they looked before the war.

Today we tour Kaunas, including visit to the only opened Synagogue and the Children’s Memorial in its courtyard. Visit Slobodka, a Jewish suburb of Kaunas since 1500 and ghetto during World War II. See the building of the famous Slobodka Yeshiva founded by Rabbi Nathan Zvi Finkel. Learn about The Musar movement and the influence of R’Israel Salanter on Slobodka Yeshiva as well as the personality of Rav Itzhak Elchanan Spector. Learn about The Great Action at Demokratu square followed by a visit to The Ninth Fort, the death site where
Nazis and their collaborators killed over 50 thousand people, mostly Jews from Lithuania, but also from France and Germany; its Holocaust museum and Memorial. Inside the Museum (former prison) hear the story of famous escape from the 9th forth and see the exposition dedicated to Chiune Sugihara, a Japanese consul in Kaunas in 1940, who issued several thousand lifesaving visas for the Jewish refugees from Poland. On the way to Vilnius we stop at Zezmariai (Zhezhmer), where a remarkable Jewish community settled before the war with its surviving wooden Synagogue building. After our tour we'll check in to our hotel and prepare for Shabbat. Hotel Stay http://www.narutis.com Shabbat. Tefilla and Dinner at Chabad of Vilnius

After breakfast and Shabbat services we'll take a walking tour to the old Jewish quarter to see the narrow streets and courtyards of the middle-age Ghetto, the Great Vilna Synagogue and the shulhoyf, Vilna Gaon - the great Jewish scholar; Vilna - a centre of the struggle between mitnagdim and Hasidim, the famous Jewish sculptor Mordekhai Antokolsk and the world renowned Strashun library, that numbered over 6000 volumes at the end of the 19th century. Tefilla at Great Synagogue of Vilnius followed by lunch at Hotel Seuda Shlishit at Chabad.

We start the day at the Hill of Three Crosses to enjoy the fascinating panoramic view of the city. We will then visit the present and the past of
the Jewish cemeteries, the grave of the Vilna Gaon and R’ Baruch Ber Leibovitz. We will visit the Building of the world famous printing house "Widow and Brothers Romm". We will visit the "Cheap Houses" dwelling houses built by Baron Hirsch for Jewish poor people after the great flood. We will visit Ponar Memorial, near Vilnius, where the Nazis and their local accomplices murdered in the pits many thousands of the Jews of Lithuania and other countries. We will then visit Trakai, the ancient capital and the residence of Grand Dukes of Lithuania, famous for the lakes and the 14th century castle with a museum of Lithuanian history. We will enjoy a 30min lake boat ride. We will
explore the Karaite sect and learn the story of this small ethnic group brought by Vytautas the Great from Crimea as war prisoners about 600 years ago. Gala Dinner at JCC.

Today we will cross the border to Belarus and drive to Radin where The Chafetz Chayim founded the Yeshivah of Radin in 1869. One can see the impressive building of the Synagogue. Visit the Jewish cemetery with the mitzvah of Chafetz Chayim and the memorial for the Jews murdered in the WWII.

Kosher Travelers is committed to providing all meals of the highest quality and under strict kosher supervision. We choose the hotels based on the hotel's willingness and ability to accommodate our kashrut needs and/or the proximity to kosher restaurants if available. In countries where such supervision is not available, we have a cook/mashgiach travel with us to supervise kashrut and prepare our meals.

The common denominator of our clients is Shomer Shabbat and kashrut. There are no religious level criteria to join our tours, cruises or hotel programs and we won't ask you any questions about your religious observance. We attract a diverse group of Jewish, English-speaking guests from across the globe, and encourage an accepting atmosphere among our group members.

Explore the roots of Eastern European Jewry and get a glimpse into the pre-war days.

Get to know Eastern Europe and its famous sites with our knowledgeable tour guides. 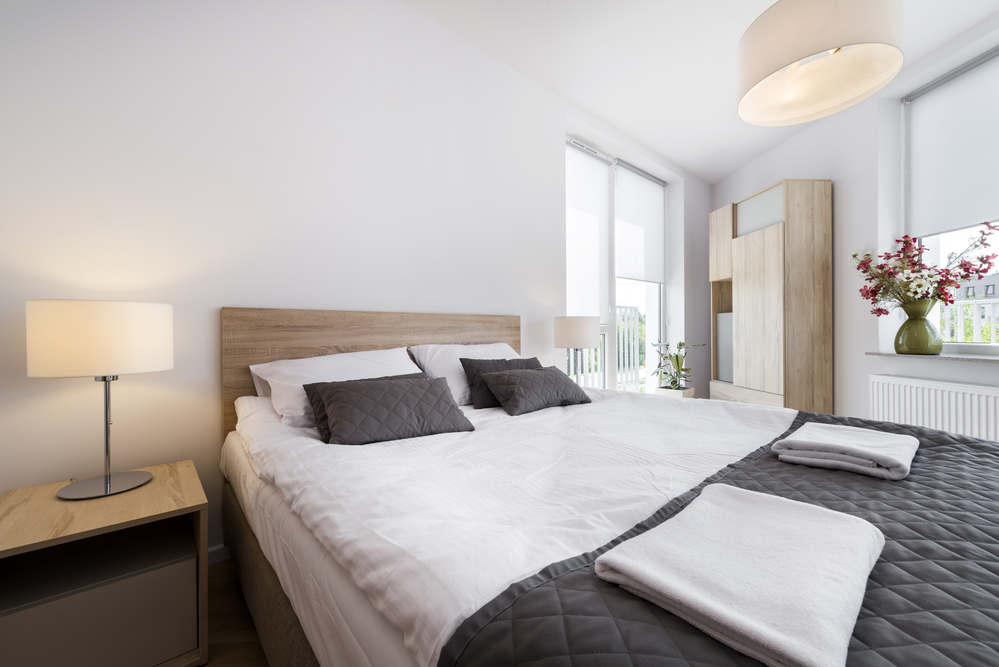 $2,200 per person based on twin-share/double occupancy. Single Room Supplement: $500.

Although we learn about pre-war, Jewish Europe and visit Holocaust memorials as part of this Jewish heritage tour, we make a tremendous effort to focus on the holocaust heroes, and the inspirational stories that took place during that horrific time in Jewish history.

There is a $500 per person deposit required to confirm your reservation. If the tour is canceled because a minimum number of participants was not reached, you will receive a FULL refund. Please see our full terms & conditions page for more details. 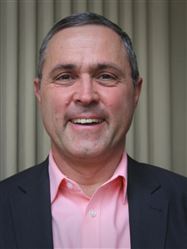 Hugh Raichlin Scholar in Residence; Jewish Heritage Tours
Hugh was born and raised in Johannesburg South Africa, where he earned a Bachelor of Arts with majors in English Literature and Law at the University of the Witwatersrand, followed by a Bachelor of Laws. Hugh served for two years in the South African Air Force as a Law Officer and was awarded the Gold Certificate of Merit by the Officer Commanding Air Force Headquarters for outstanding services rendered as a National Serviceman. He attained the rank of Full Lieutenant.

Hugh has been a practicing attorney since 1986. He has a general practice with particular expertise in commercial litigation and family law. Hugh is a former Gauteng Chairman of the IUA-UCF, former Chairman of Keter Torah Congregation Sydenham Johannesburg, and a current Trustee of the Rambam Charitable Trust which has offices in Johannesburg and Cape Town. Hugh has conducted services on the High Holy Days at the Pine Street Synagogue, Sunny Road Synagogue and Northcliff Synagogue for almost 30 years, and presently teaches Jewish Law, philosophy and ethics on a weekly basis.

Hugh has become well known for his published articles, series on South African television (YouTube), radio, and very popular audio-visual presentations on Jewish communities across the globe. For the past 22 years, Hugh has lectured across South Africa and internationally, on the Jews of Poland, Lithuania, Latvia, Belarus, Russia, Portugal, Spain, Greece, Rhodes, India, Italy, Argentina, China, Japan and Morocco. Hugh is a Scholar in Residence for Jewish Heritage Tours and has led tours to India, Morocco, Lithuania, Latvia and Belarus.